2021 OUSA-CRNA Trail Orienteering National Championships
Navy Shipyard, Philadelphia, PA
Chapel of the Four Chaplains
1201 Constitution Ave, Philadelphia, PA 19112
May 14-16, 2021
Event Bulletin (5/10/21)
Notice: Depending on the COVID-19 status in Philadelphia and PA, PA DOH COVID19 protocols will need to be followed to participate. non Compliance may result in DSQ. Masks will be required at all times with Physical (Social) Distancing. and hand sanitizing. CRNA will have extra masks and hand sanitizing liquid.  The PreO course on Saturday may have close proximation in solving station questions....so caution needs to be used with masks worn with deference to others in line of solving stations

All volunteers, staff and participants will have to sign online or hard copy CRNA/Move United GL waiver and Media Release prior to participating in addition to the CRNA COVID19 questionnaire. Failure to complete all three will result in DNS one or both days.

Overview
OUSA and CRNA are pleased to present the 2021 National Trail Orienteering Championships at the Historic Navy Shipyard in Philadelphia in conjunction with the Chapel of the Four Chaplains. It is a special place and time to host an event at the Chapel because this month commemorates 78 years since the USAT Dorchester was sunk in the North Atlantic in WWII, prompting four military Chaplains to give their lives in the ultimate sacrifice to any and all without regard to any human attribute. It is in this attitude of selfless service to all that the 2021 TrailO Championships are hosted by the Chapel.

Due to the unique historical and architectural nature of the Yard as well as CRNA’s dedication to growing the Paralympic class both nationally and internationally, all PreO, TempO and the new Microsoft Soundscape-CRNA virtual TrailO courses are all designed to provide true equity and inclusion for those with disabilities…the original objective for which TrailO was created. Efforts have been made to follow OUSA TrailO and IOF TOC rules, while simultaneously making consideration of Paralympic class. We welcome and appreciate your understanding and support in this new assessment of the needs of the Paralympic class in TrailO. The National TrailO Championships are being held at the Navy Shipyard-open to the community....much like CRNA's events at 5 Rivers and Washington/Lincoln Parks in Albany, NY. Efforts will be made to maintain accurate courses both days. We appreciate your understanding  as the events occur in a public space-the Navy Shipyard in Philadelphia.

• Differences that help in map reading and control determination at each viewing station Control Location/Set Up
Since the irrigation and electrical systems for the parks is close to the surface, controls will stand upright in 5-gallon buckets with braces. Weights will be used to prevent the buckets from falling over. The control flags will all have the same stands and bucket colors for uniformity. ZERO TOLERANCE:  In order for a task to be considered a zero the nearest flag has to be either 1) 90 degrees on the wrong side of a point feature 2) on the wrong feature or 3) at least a distance of 4m from the correct location.
Embargoed Areas
Central Green and League Island Parks are where the Pre and TempO events will be held. They are off limits to both viewing and walking. As Central Green can be seen from the Courtyard Marriott, all who wish to compete for national ranking points and title are asked to not view or enter the park prior to competing.
Complaints/Protests
Due to the events on Saturday and Sunday, requested meeting for 2025 WTOC in the USA, and partnered activities with the Chapel of the Four Chaplains, only credible written complaints (Official event form provided) will  be received prior to and including the 15 minute time period after provisional results are posted. Anyone wishing to file a formal protest (Official event form provided) may do so following IOF protest procedure #28.0-28.4. Determinations by the Event Director/Jury will be final.
Walking Route from Courtyard to Chapel
To go from the Courtyard Marriott to the Chapel without seeing the competition area-Walk around the Ensamble building across from hotel (W side) on its N  end, walking through a loading dock/parking lot to Entrepid-make a right-Left on to S 13th St, Left on to Constitution Ave to the chapel. Chalk arrows will lead the way. The event's model station is located at  Bldg 99 at the corner of S 13th and Constitution. Please Walk on sidewalks to model station and events.
Competitors of Different Abilities and Regards
As there will be an orientation for those new to Trail Orienteering Fri evening prior to the Saturday PreO, those newcomers will not be eligible to make the OUSA TrailO team if they deviate from OUSA TrailO rules, take materials with them or go with another person due to their newness to the sport. We kindly ask all to be considerate of one and other, follow IOF fair play standards and the elite adhere to all applicable OUSA/IOF TrailO rules focusing on doing their very best.
MAXIMUM TIME FOR THE REGULAR PreO START 10AM SATURDAY-(TIMED PREO1 930AM)
The maximum time for the regular PreO course will be 60 minutes for the Open Class, and 80 minutes for the Paralympic Class (with physical handicap). If a competitor exceeds the time limit a deduction of one point for any part of each five minute unit. Control stations are separate but in close proximity to each other. Attempts are made not to have controls from stations confound adjoining stations. There is no elevation change throughout the PreO course
TIMED CONTROL POCEDURE IN PreO
The times for the two Timed PreO Controls are used as a tiebreaker when after the regular course; two or more competitors should have the same correct number of controls. There will be a pre course timed PreO control station as well as a post course timed PreO control station. A form similar to the TempO recording form will be used for both timed PreO control stations. The same form will be used at both stations. TEMPO PROCEDURE START TIME 10AM SUNDAY
The procedure is almost the same as for timed controls in PreO. The only difference is that there are more choices. Instead of A – E, there are A – F, plus Z. Z stands for Zero and is used for a wrong flag position.
Description: Friday Evening Instructional Course/Pre Event Meeting   (All Participants encouraged if on site to attend to review week end itinerary, answer questions and briefly discuss 2025 WTOC proposal
An instructional sessions for new TrailOers, or those looking for a refresher, will be held Friday night 6-8PM at the Chapel of the Four Chaplains. The sport and event will be reviewed with no event materials used. The new participants are allowed to take core instructional materials with them as well as another person to establish a smooth transition to TrailO. The new TrailOers will be included in the event and enrolled in the sport for future inclusion for events and teams
PRELIMINARY DISCUSSIONS HAVE TAKEN PLACE ON THE USA HOSTING THE 2025 WTOC. THERE WILL BE A MEETING FRIDAY NIGHT MAY 14 AT THE CHAPEL (1800-2000)  FOR AN INSTRUCTIONAL SESSION FOR THOSE NEW TO TRAILO. WE WILL BRIEFLY DISCUSS POSSIBILITY OF A 2025 WTOC IN THE USA ON THE EAST COAST. WE HOPE ALL WHO ARE ON SITE CAN ATTEND.
OUSA National TrailO Team Selection
Both qualitative and quantitative criteria will be implemented by TrailO ESC co-leads to select the 2021 OUSA TrailO open and Adaptive teams. Both ranking points and athlete characteristics/contributions will be considered in making team selections. Both Adaptive and Open teams need to be as strong as possible yet truly embolden fair play and sportsmanship to all. ​

Event Itinerary with details 5/10/21 bulletin issue
5/14/21
​PM-Model station at Bldg 99 and virtual orienteering course available
9:00 - 5:00 - Chapel Open House
4:00 - 5:00 - Four Chaplains Story
6:00 - 8:00 Capital Region Nordic Alliance TrailO Meeting for participants, coaches and staff
SATURDAY 5/15/21
8:00 - 9:00 Chapel Open House/CRNA TrailO Meet and Greet - Come and hear the Story of the Chapel and the Four Chaplains while enjoying some light refreshments served under the outdoor tent. It will also give you a chance to meet some Veteran athletes from across the country.

-Model ( Adjacent Bldg 99 to the West) and Virtual Orienteering courses Open Friday afternoon, Saturday/Sunday early mornings
-For 2 event participants use the same bib both days
-Both events start at 10am due to official ceremony on Saturday morning and public use of the parks
-Saturday afternoon 'Mission BBQ available to all participants and CRNA staff-at tent in front of Chapel. Please let both CRNA and Mission BBQ that you are affiliated with the event
-Start Order posted in Bulletin and at Registration table
-Start and Finish for PreO are in two different places
-With the close proximity of stations for our veterans with disabilities, we ask that you not observe stations ahead of viewing time
-Awards for PreO will be for both Paralympic and Open Classes (1-3 in Each)
-Awards for TempO will be for both Paralympic and Open Classes (1-3 in Each)
-National Champion in Open Class
-National Champion in Paralympic Class 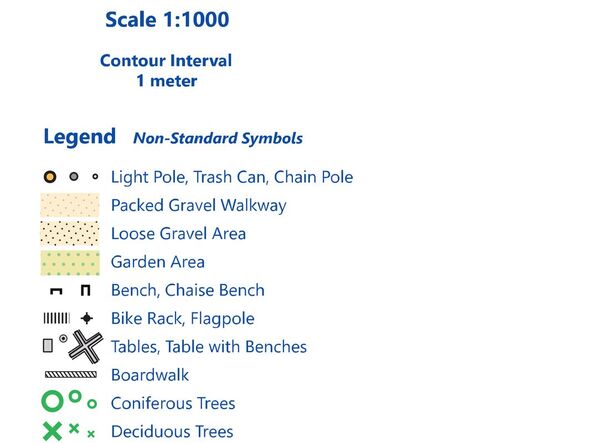